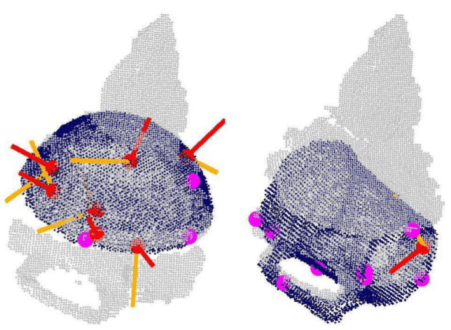 Until now robots were able to recognize objects, but it was quite difficult to make them understand the orientation of an object. There are similar looking objects which are quite different functionally. So how does a robot differentiate between them?

To solve this and to improve the vision of robots, MIT graduate student Jared Glover has used a neglected Statistical tool, called Bingham Distribution. Jared, who is a student in MIT’s Department of Electrical Engineering and Computer Science, is working on the possibilities to make a statistical construct to make robots understand the orientation of an object. He has achieved quite some success in his efforts and is accompanied by MIT alumna Sanja Popovic, who is now a Google employee.

Bingham distribution is a statistical tool of reasoning basing on probability, which gives variety of options before reaching to a conclusion. His ongoing work includes the pingpong ball, where he is trying to teach a robot to play pingpong. Jared’s algorithm does show better results in case of poor visual information and it has been a best alternative for robots’ vision.

Jared says that the flexibility of Bingham distribution is what makes itself a strong tool of robotics and with proper use it can improve the percentage count.