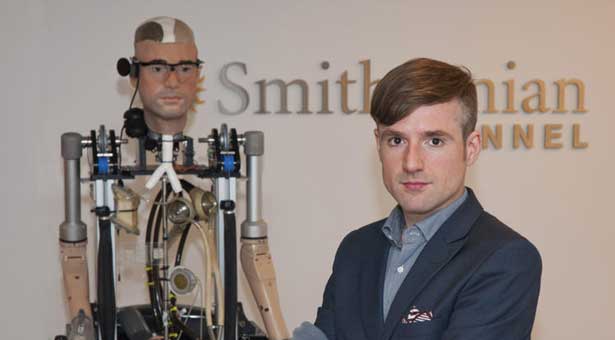 While the military is working hard on robots for the battlefield, others are working on a robot that mimics human behavior. The particular robot that is the highlight of this article has its own organs and limbs similar to that of a real human, which makes for something close to a true Bionic Man.

The team behind this robot chose to use artificial organs, so don’t worry, no human was harmed in the making of the Bionic Man. The parts used to create this robot comes from 17 manufacturers around the world, which should put into perspective how complex of an achievement this is.

Furthermore, we understand the robot has 60 to 70 percent of the function of a human. It has a heart that beats and circulates artificial blood by way of an electric pump. In addition, this heart carries oxygen similar to a real human’s body. There’s also an artificial kidney inside the Bionic Man, though it is not certain how well it works.

The robot was modeled after the form of Bertolt Meyer, a 36-year-old social psychologist at the University of Zurich.

“We wanted to showcase that the technology can provide aesthetic prostheses for people who have lost parts of their faces, for example, their nose, due to an accident or due to, for example, cancer,” Meyer says.

“I thought it was rather revolting to be honest,” he says. “It was quite a shock to see a face that closely resembles what I see in the mirror every morning on this kind of dystopian looking machine.”

In the future, these same organs used in the Bionic Man could one day be used in real humans. Just imagine some guy being admitted to the hospital for heart failures. Later he returns with a fricking bionic heart in his chest. How about a cop who later becomes a real life RoboCop or just some guy? Limitless ideas.