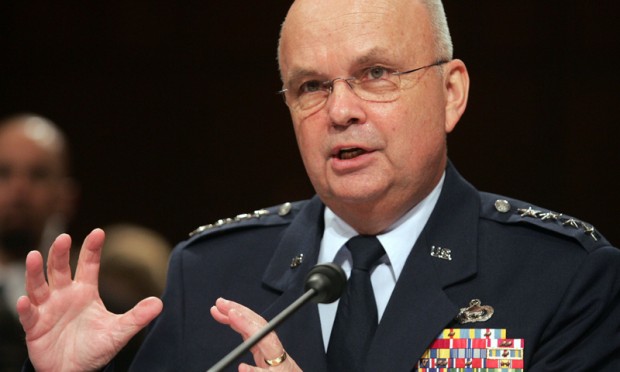 Michael Hayden, former CIA and NSA chief was overheard while criticizing the administration of President Barack Obama during interviews with reporters. The discussions, which Hayden thought was secret, arrived on Twitter courtesy of a nearby eavesdropper.

General Michael Hayden made the mistake of giving a series of interviews on condition of anonymity this past Thursday, to reporters, in public, while traveling by train. Believing that his words will remain in the “background”, Hayden spoke at length about the spy scandal that NSA contain, CIA secret prisons and Obama’s phone, among others.

Without realizing it, Tom Matzzie, former director of the political action committee MoveOn.org, was sitting near Hayden on the train and immediately disclosed the most delicious replicas of the conversation via Twitter. “Former NSA chief Michael Hayden was behind me on the train and talk about the ‘background’ as ‘former senior administration official”. Sounds like it would defend himself”, wrote Matzzie on Twitter, more than an hour after the train had left Washington with the direction to New York.

Matzzie tweeted bits of conversations about “a very famous smartphone” (Obama’s) and CIA secret prisons, but became worried that someone at Hayden’s office might let Hayden know his words are appearing on Twitter and expose Matzzie. And that is exactly that happened.

“He got a call back. I was exposed”, wrote Matzzie. But Hayden did something unexpected; instead of chiding Matzzie, he gave him an interview. “I just had a very good conversation with Michael Hayden. Was a gentleman and we disagree”, wrote Matzzie.

Revelations of Hayden’s “indiscretion” come a few hours after we learned that U.S. has allegedly spied on 35 world leaders, including German Chancellor Angela Merkel, triggering a wider scandal.

[via dawn, image via dawn]