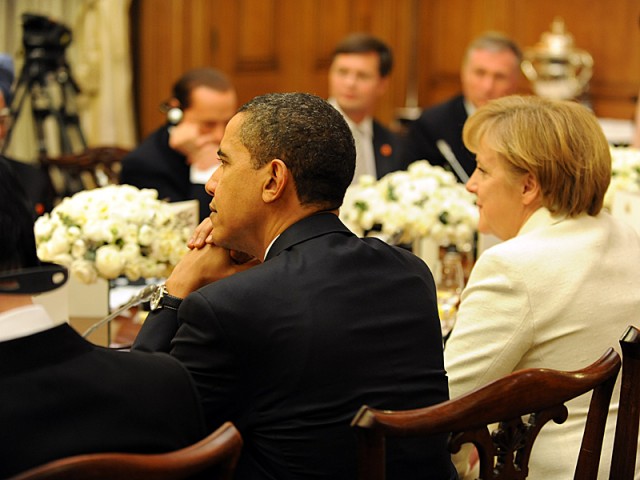 As allegations of the US spying on it’s allies bombard mainstream news, the German Chancellor Angela Merkel has suspicions that her mobile phone has been monitored for years.

The fact that her phone was being monitored was reported by a German magazine called Der Spiegel, though in their story itself they did not release any details on how they know this for a fact. They did, however, share their research with the German version of the CIA, which is the  German Federal Intelligence Service, as well as the Federal Office for Information Security.

Whatever their research contained, the magazine stated that “Berlin seems to have found their suspicions plausible enough to confront the US government.”

While Angela Merkel does not like the way the magazine went about releasing their research, the concerns over US spying on it’s allies take precedent. “The United States and Europe are partners, but this partnership must be built on trust and respect,” Merkel said on Friday. “That of course also includes the work of the respective intelligence services.”

The White House spokesman Jay Carney has stated that surveillance of this kind was “not continuing” but he also did not off a full denial of spying in the past.

Though both Germany and Brazil are seeking a UN resolution which would curtail US spying as of Thursday, America’s Office of the Director of National Intelligence, or ODNI, also denies such activities.

“While we are not going to discuss the details of our activities, we have repeatedly made it clear that the United States gathers intelligence of the type gathered by all nations,” James Clapper, the ODNI’s head, wrote in a statement. “The US collects intelligence to protect the nations, it’s interests, and its allies from, among other things, threats such as terrorism and the proliferation of weapons of mass destruction.”

What do you think? The US has been caught lying in the past when it comes to monitoring it’s own citizens without proper cause. Let us know in the comments.