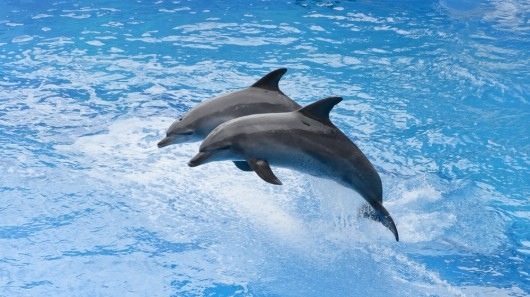 A professor and his team at the University of Southampton have been studying dolphins in an attempt to use their sonar ability to detect fish towards human detection of underwater explosives. It isn’t surprising that we could perhaps learn a thing or two from our underwater-mammal-brethren, and as far as sonar is concerned dolphins are quite adept at using it to find fish.

The professor in charge of this research is Tim Leighton, and he and his team created the twin inverted pulse sonar system, which directs a couple quick pulses towards an object. A hit on an object that is solid causes the pulse to be broken up into linear lines.

The professor and his team then performed the same test, only this time using electromagnetic waves, and allowed them to discover components they had placed in the water that could be used in bombs.

So here’s hoping that they can develop this technology further and one day make it available for regular use in the detection of bombs and maybe even provide us with an even better understanding of environments that are underwater.

[via gizmag, image via shutterstock]