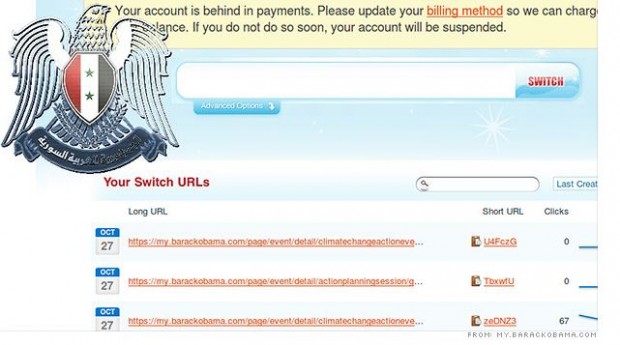 There have been a string of government site hackings lately, the most recent is President Obama’s own Twitter account. The account is used by the president’s Organized for Action (OFA) campaign and was recently the victim of foul play. Not that the hackers actually hacked Obama’s Twitter, nor did they send out messages as the President himself or even as his OFA campaign via Twitter. Rather, they simply hacked the links shared by Obama’s Twitter and redirected followers somewhere they weren’t expecting to go.

Followers of the @BarackObama Twitter handle received legitimate tweets about immigration reform. These tweets includes links that readers of the tweet were supposed to click on and visit legitimate websites Obama and his OFA team wanted people to read. Followers, of course, clicked on the included links expecting to read an article from the Washington Post. Instead, they were redirected to a video montage about terrorist attacks because the hackers successfully hijackied the links vis-a-vis breaking into the Short link shortening service Obama’s Twitter uses. The video started with video from 9/11; the hackers’ intent was to show followers the truth about Syria… or at least what they perceive as the truth.

There were two tweets that were hacked in this manner. Each of which were retweeted hundreds of times before their links were fixed to go back to their intended target. The hack was organized and carried out by the Syrian Electronic Army, which is comprised of supporters of Syrian President Bashar al-Assad. Their hacking of the President’s Twitter isn’t the first mischievous they’ve done and likely will not be the last.