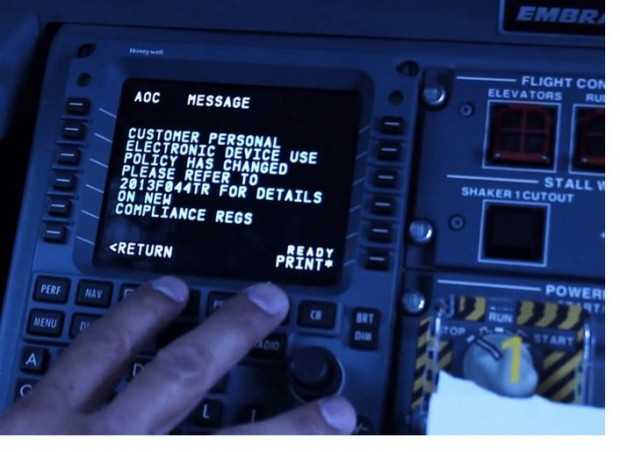 Earlier this week the Federal Avionics Administration (FAA) announced that it was changing the policy regarding whether or not you had to shut your cell phone off prior to take off and landing. No longer do we have to power down just so the plane could get up in the air. Prior to the new rule going into effect each airline would have to send their plan into the FAA for approval. As of Friday JetBlue is the first airline to successfully be approved to use the regulation.

The top dogs at JetBlue weren’t slow in passing the information along to their planes either. They quickly got the message out to pilots that the new regulation was in effect for their flights and to pass the information on. Customers flying didn’t have to power down during the entire trip.

JetBlue was only the first by a short time. Delta has quickly followed suit, tweeting that they also received approval from the FAA clearing them for the Personal Electronic Device regulation as well.

It’s only a matter of time before all airlines are ready to allow you to keep reading your iPad or playing your word games while the plane taxis out of the hanger or to your gate. Plus, rumor has it Europe is about to follow. Hello, Angry Birds.