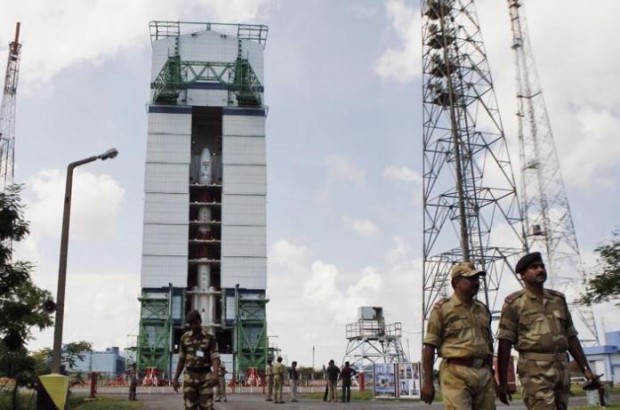 India is only the fourth country in the world to reach the red planet — or at least will be if everything goes according to plan. Indian scientists launched their Mars mission on Tuesday and hope to show the world that they have the technology to successfully get to the red planet. None of the other attempts at a Mars flight have been successful in the past, a trend Indian scientists hope to break.

They admit that they have their sights set high. Over half of the attempted treks have failed but they believe they may be able to pull it off this time — and with their successful launch, they are what some would consider halfway there.

They aren’t planning on landing their craft on the rocky surface of the barren world, but they do hope to put it in orbit and conduct experiments that way. The goal of the mission is to gather data and help determine how Martian weather system works. They also hope to answer the age old question of what happened to Mars’ water. No water sources have been found on the planet although it is theorized that water once existed. India plans to use this data to complement a US probe that NASA is launching later in the month.

Researchers and scientists at India’s Space and Research Organization hope that the success of this mission will bring India into the lime light of space exploration. India is already known for research that has helped here on Earth, including ways to gauge water levels in underground aquifers and predicating catastrophic storms and floods. So space is the next logical step… although tens of millions of Indians living in poverty are probably asking: why?