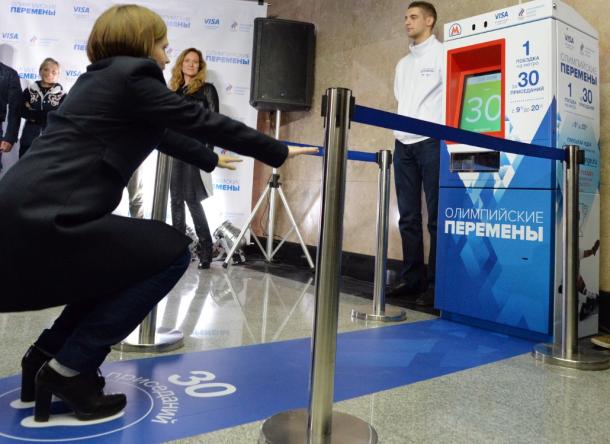 If you’re ever in Moscow and need to use the Vystavochnaya station to get on the subway, you have the option of doing 30 squats instead of paying the 30 rubles (roughly US$0.92).

The move is part of a promotion for Olympic Winter games that are being hosted next year by Russia.  There is a time limit though, people have two minutes to perform the squats in the correct way and have to do so in front of a machine that recognizes whether they are doing it the right way or not.

According to the Russian Olympic Committee president, Alexander Zhukov, who spoke RIA-Novosti in Russia, and then reported by the Wall Street Journal, this isn’t just to promote the Olympic Games, but also a healthy lifestyle.

“We wanted to show that the Olympic Games is not just an international competition that people watch on TV, but that it is also about getting everyone involved in a sporting lifestyle,” Zhukov said.

This promotion will continue on throughout November, and isn’t as easy one might believe. “It was hard at first but I managed it,” said Lyudmila to AFP. She was one of the people who decided to do the squats instead of paying. “Two minutes is enough time.”

It is an interesting move, and you have to wonder how many more of these “promotions” Russia will provide, and if enough of them will squash the bad press they received over anti-gay legislation. And the spying.