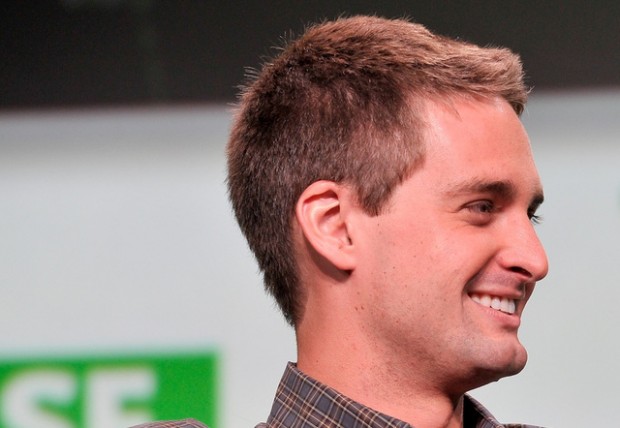 There have been a flurry of rumor reports flying around about how Snapchat CEO, Evan Spiegel, turned down billions. We reported about his refusal to sell to Facebook for $3 billion. Soon after, Google reportedly made an attempt to purchase Snapchat for $4 billion and he turned them down too.

Snapchat, which has recently become incredibly popular, allows friends send pics and videos to each other and also set a time limit on receivers side, from 1 to 10 seconds, and after that time limit is over the video or pic is deleted from the their phone.

You can see how this would be quite popular, not just for teens, but adults of various ages as well since no matter how dumb or scandalous the picture, there is no copy of it afterward. That’s not to say that some potentially tech-savy person could find a way around it, but it does significantly diminish the chance of a controversial pic getting out. If only Anthony Weiner had known.

Who the hell turns down billions of dollars…? Apparently someone who thinks they can make more. Spiegel believes that Snapchat will continue to gain in popularity and use, and thus be more valuable this time next year. Hopefully he’s right, because that is a ridiculous amount of money to lose out on.