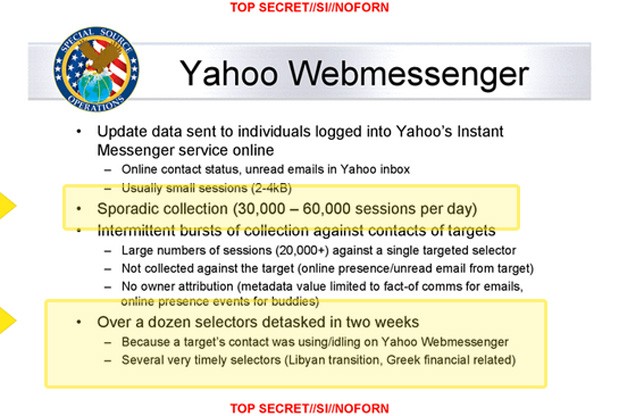 In a move that is clearly a response to the fact that communications between Yahoo data centers have been monitored by the National Security Agency, Marissa Mayer, Yahoo’s CEO, has promised to have Yahoo’s user data encrypted by 2014.

Whether or not Yahoo will actually take the necessary steps to make sure their services are completely secure, or the ones that are most cost-efficient, remain to be seen, but let’s just say I wouldn’t bet on the first option.

Once the news came out that the NSA was tapping larger companies like Yahoo or Facebook, Mayer tried to reassure others by saying that they have “never given access to… data centers to the NSA or to any other government agency. Ever.”

If there’s one good thing to come out of all this, one tiny silver-lining, then at least it has shown just how insecure a lot of these incredibly popular internet services are and maybe make some people think twice about the kind of information they release on them.