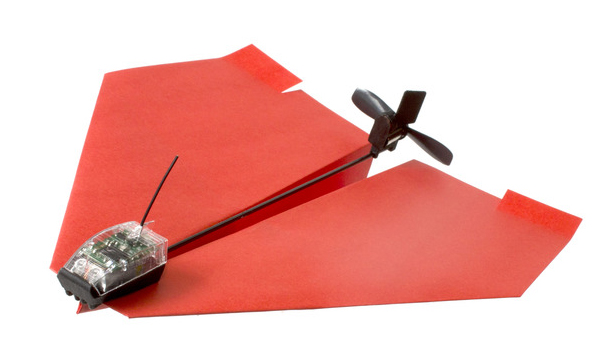 One thing that is really mesmerizing about the 21st century is the immersion of life in technology. Things that had to be independently operated in the past can now be controlled by a few buttons and circuit boards. As a result, even paper planes are not free from being infected with technology.

PowerUp is a project started by Shai Goitein on Kickstarter in hopes of garnering at most $50,000 for the production of his product. What PowerUp does is that it can control a paper plane with a smartphone. The device which has a Bluetooth port and a battery is attached to the head of a conventional paper plane along with a propeller and rudder attached to the tail of the plane. With the device turned on, the plane can be controlled by a smartphone. Any smartphone, in general, that has Bluetooth connectivity.

PowerUp is slated for release in May of 2014, and a pledge of $30 on Kickstarter will get you PowerUp.