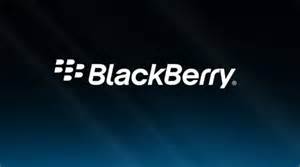 The revelations made by Edward Snowden about USA’s spying prowess have irked governments all around the world. Since then governments have been looking for telecommunication alternatives that are free from all intrusions of foreign spy agencies.

In light of the fact that Microsoft, Apple and Google were most heavily penetrated by NSA, many people have lost trust in them in regard to privacy and security. In that regard, BlackBerry has started to appear as the perfect alternative, owing to BlackBerry’s ironclad security systems and the fact that BlackBerry is based in Canada and not in the US. (It is worth noting here that a few years ago BlackBerry was sanctioned by the USA government for use by its employees due to BlackBerry’s hack-proof security system.)

Although BlackBerry has lost its glory in the consumer market, anti-NSA sentiment could really bolster its position by offering services to firms, corporations and governments which consider security their first priority. The revelations about NSA have created a security gap in the smartphone industry, and BlackBerry is far ahead of many of its smartphone rivals to fill that gap. It could be time that governments and firms start opting for BlackBerry smartphones and services (again) instead of leading rivals.

A blogger for FirstPost, Ivor Soans, offers the following insight into the matter of discussion:

“And as most Chief Information Officers will attest, on the mobility front, BlackBerry is the Gold Standard when it comes to security. As a result of the NSA revelations, the Apple iPhone will no longer be a device that will handle ‘official correspondence’ in the German government.”

Now, it should be mentioned, BlackBerry is known to willingly cooperate with governments around the world, such as meeting demands of various Middle East and Asia governments to be able to spy on BlackBerry users. So while it may look like BlackBerry is “the gold standard” when it comes to security, we want to caution people from jumping to conclusions.

We wouldn’t be surprised if BlackBerry is in bed with the NSA — they have already shown the willingness to cooperate with other governments around the world, so why not the US? Still, though, we can’t deny that BlackBerry has, so far, been less scathed by NSA spying revelations than its rivals. So I guess only time will tell how this is played out. If I were BlackBerry, I’d try to cash in as soon as possible.