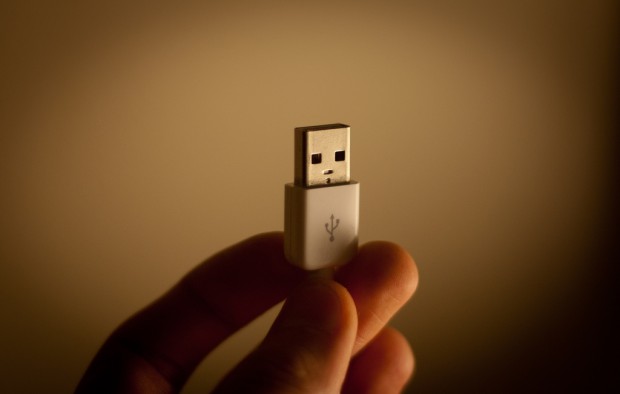 By the middle of 2014, a new USB specification is set to be finalized, bringing with it perhaps the biggest change to the standard ever. In addition to the already existing USB 3.1 specification, a new connector, called Type-C, will be introduced.

Because it’s a different connector, it won’t immediately be compatible with older existing devices today. A specification for adapters and cables will also be introduced to ensure that every current USB charger will continue to work. But the slight inconvenience transitioning to Type-C is nothing compared to the benefits that the new specification will bring.

Type-C connectors will be around the size of a micro USB plug, which will allow devices to be smaller and thinner. The new standard will also be used to to deliver everything from data, video and power across all devices, which should radically simplify the wires people need in their lives.

And finally, Type-C connectors will be reversible. It might sound like a small detail but for anyone who’s been using Apple’s Lighting connectors, not having to worry about which side is up when plugging in your devices is a small thing that greatly enhances the experience.

There are currently no images of the Type-C available, but since its expected to be finalized in the middle of next year, we should be seeing it sooner rather than later.