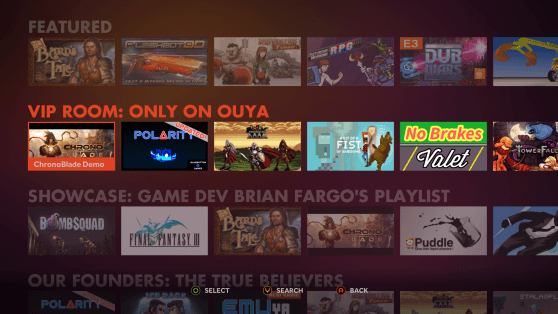 It has just been revealed that Ouya, the company which created the mini-console with the same name, will now be accepting Bitcoin as payment.

The Ouya was released earlier this year and allows people to play Android-based games on their TVs. It is also a relatively cheap system, and only costs $99 USD and at this moment it boasts over 500 games. Though it is good to keep in mind that these games are not super high-end titles like Call of Duty, but generally reside on the simpler as well as cheaper side.

It is an interesting move, and one that provides the still unregulated currency with a bit more of a respectable use than say buying drugs with it or weapons on the Silk Road. The currency has had an incredible ride as of late, and at it’s peak was worth over a thousand dollars for just one Bitcoin. Now though it seems to be declining a bit, and at the time of this article a Bitcoin is worth $964 USD.

You can check out Ouya’s site here.