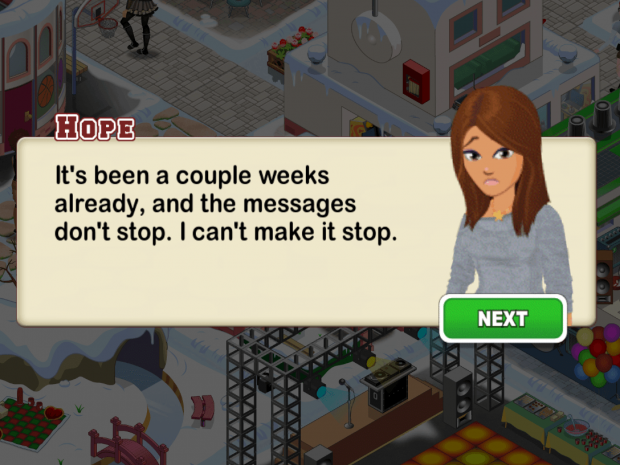 The creators of High School Story, a game on iOS platforms, intended to eventually address social issues, but first and foremost they wanted to create a good game that was fun to play. This changed a bit, when on help-line, which is in the game, they received a message from a girl who was being cyberbullied and was considering suicide.

It was definitely a stressful time for the team and while they told the girl that they cared for her, that she should get help, it was still a tough thing to do. “We were pretty worried about our responses back to her,”Oliver Miao, the CEO of Pixelberry said. “We worried we’d say the wrong things.”

“It seems obvious as an adult that teens should tell their parents that they’re being bullied,” he said. “But I remember when I was being bullied in middle school, I never told my parents or a teacher about it. In hindsight, I was stupid. I thought they wouldn’t understand or would exacerbate the situation.”

Because of this they have included a quest in the game that involves one of the player’s friends being cyberbullied. It is aimed to provide an educational experience on how to deal with a friend who is being bullied and considering suicide.

High School Story was developed by Pixelberry Studios and it allows players to navigate through the high school environment, dating, throwing parties and battling rivals among other things.  It’s available on the iPhone, iPad, and iPod Touch.