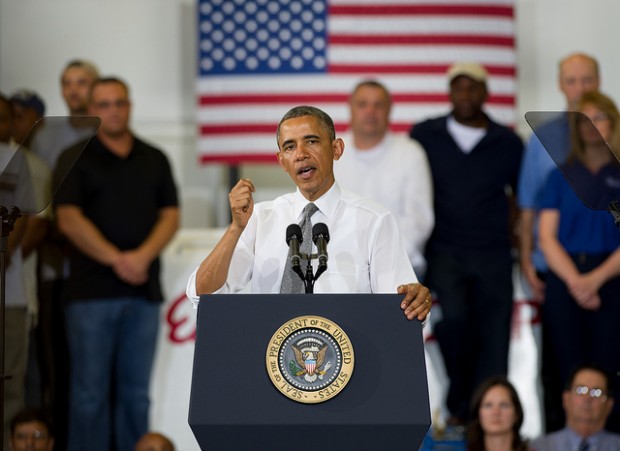 While President Barack Obama’s speech this weekend promised reforms, there are members of the tech industry who aren’t quite so happy with it.

While the speech focused on things like the metadata collection of phone calls, it didn’t go into detail about other forms of data collection, such as those related to SMS messaging.

“Our perspective is that the NSA surveillance program is so broken that it was easy to pick off some low-hanging fruit and call them reforms,” Mark Rumold, who works for the Electronic Frontier Foundation as an attorney, said to VentureBeat.

A joint-statement was also released by the Government Surveillance Coalition (GSC) and it is mostly optimistic, but even it addresses the fact that some things have been missed in President Obama’s speech.

“The commitments outlined by President Obama represent positive progress on key issues including transparency from the government and in what companies will be allowed to disclose, extending privacy protections to non-US citizens, and FISA court reform. Crucial details remain to be addressed on these issues, and additional steps are needed on other important issues, so we’ll continue to work with the Administration and Congress to keep the momentum going and advocate for reforms consistent with the principles we outlined in December,” the statement said.

Others are downright unhappy with the spotlight being put on telephone data and not the internet. “He didn’t bring up anything about encryption or whether or not he was going to stop intelligence agencies from directly tapping our cables,” A VentureBeat source said. “He didn’t address that issue at all. He didn’t say anything about the security aspect of whether intelligence agencies will be able to undermine the security of companies.”