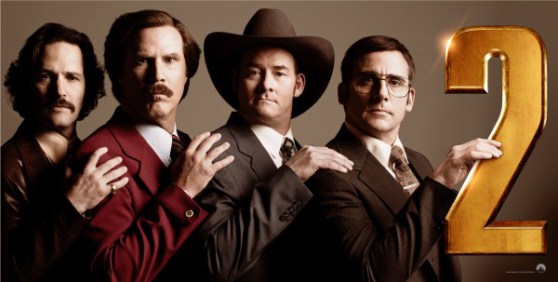 Paramount Pictures has made the jump by ending their distribution of film to movie theaters and instead deciding to go completely digital. It’s something that cinephiles have been dreading for years, fearing that the quality offered by digital films doesn’t match up what 35 millimeter film.

From a business point of view it does make sense. The cost of a film print can be as high as $2000, while a copy of a film on a digital hard drive is closer to $100, so it isn’t hard to see why a movie studio would prefer digital.

“It’s of huge significance because Paramount is the first studio to make this policy known,” Jan-Christopher Horak, who is the director of the UCLA Film & Television Archive, said. “For 120 years, film and 35 mm has been the format of choice for theatrical presentations. Now we’re seeing the end of that. I’m not shocked that it’s happened, but how quickly it has happened.”

Martin Scorsese’s The Wolf of Wall Street marked Paramount’s first digital wide release and Anchorman 2 is the last movie that they distributed in film format. The quality of digital is getting better and honestly it didn’t seem to make a difference when I saw The Wolf of Wall Street in theaters, but it is interesting to note that many smaller theaters still don’t have digital projection technology. Some fear this could mark the end for many of these theaters.