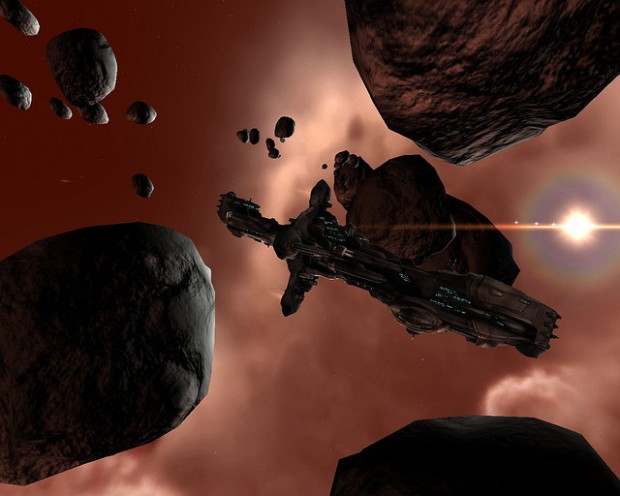 A gigantic battle that took place in the video game Eve Online resulted $200,000 worth of ships being lost (destroyed).

Eve Online is a science fiction massively multiplayer online roleplaying game (MMORPG). Players take control of ships and use them to do anything from trading to piracy, and while it is known for having a steep learning curve, the game has also become famous for the amount of real world money that can be won and lost if a ship is destroyed.

If you don’t understand how Eve Online battles can cost money, let me explain. Do you know how in FarmVille — and many video games on mobile — you can pay real money to purchase in-game items? The idea with Eve Online is similar, except it is more of a two-way street: Eve Online in-game money can be sold for real dollars vis-a-vis a conversion rate… just like how you convert one currency to another. Thus, a ship has, say, $500 value because it can be sold for in-game money equivalent of $500.

This particular battle, battle, which involved more than 2,200 players and resulted in $200,000 actual money being lost, actually started off as a bit of a fluke too. This is according to Alexander Gianturco, who is the CEO of Goonswarm Federation, a faction in Eve online.

“Today’s battle happened literally by accident: system control (sovereignty) was dropped in a key staging system due to a mistake,” Gianturco said to Polygon. “This then escalated into the largest battle in Eve history, which delightfully our forces seem to be winning. This is a bigger battle in terms of the hardware and players involved though there’s less raw numbers in a single system — this fight is over multiple systems.”

The complete results haven’t been tallied yet, but considering the fact that a single Titan, which is a capital class ship, can sometimes be worth as much money as $5,000 dollars… yeah, well, video gaming has never been so expensive before, eh?

[via Polygon, The Verge, image via Psycho Al’s flickr]