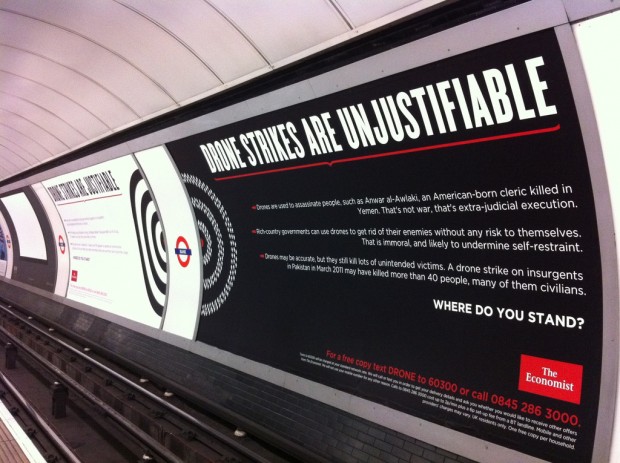 The Intercept, a new publication headed by Glenn Greenwald, who broke many of the NSA revelations last year, has published a new report regarding the NSA. The report reveals that data from NSA phone surveillance is regularly used to carry out drone strikes. And according to an anonymous former drone operator, innocent people have “absolutely” been killed during these attacks.

“Once the bomb lands or a night raid happens, you know that phone is there. But we don’t know who’s behind it, who’s holding it. It’s of course assumed that the phone belongs to a human being who is nefarious and considered an ‘unlawful enemy combatant.’ This is where it gets very shady… People get hung up that there’s a targeted list of people. It’s really like we’re targeting a cell phone. We’re not going after people — we’re going after their phones, in the hopes that the person on the other end of that missile is the bad guy.”

Some targets have begun using evasive tactics such as using up to 16 different SIM cards on their phones, or lending their phones to friends and family. This is while they are unaware that the US Military is ordering strikes on people based on their mobile phone, without confirming the identity of the target on the ground first.

Another former operator says that they didn’t know where the data for their targets was coming from, and if the NSA did work with them, they [the drone operators] didn’t even know about it.

Correction: This article previously stated that the same drone operator that provided information regarding the NSA did not even know if the NSA worked with them. According to the source, these are two different drone operators — one with knowledge of the NSA’s phone data being used and one without.

[via The Intercept, Gizmodo, image via Lee Maguire]