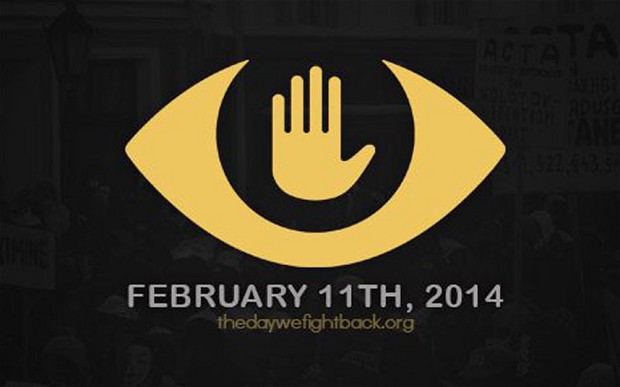 Over 6,000 websites are protesting today (Feb 11) over the intrusive nature of the NSA and their mass surveillance programs.

The protest is being supported by major sites like Tumblr, BoingBoing, Reddit and it is being called “The Day We Fight Back“. They have joined with popular campaign groups like Greenpeace, the Electronic Frontier Foundation and American Civil Liberties Union.

The main goal of the protest is to get people to sign a petition requiring any spying done by the NSA on citizens to be lawful and proportional to the the actual threats. So far 131,644 people have signed the petition and according to according to The Telegraph over 19,000 emails have been sent to Congress representatives.

“Together we will push back against powers that seek to observe, collect, and analyse our every digital action. Together, we will make it clear that such behaviour is not compatible with democratic governance. Together, if we persist, we will win this fight,” it says on the protest’s site.

Thanks to the documents that have been released by Edward Snowden in the past year, we’ve seen the actual scale of the NSA’s surveillance program.

“Today the greatest threat to a free internet, and broader free society, is the National Security Agency’s mass spying regime,” said David Segal, who co-founded Demand Progress, a campaign group, with Aaron Swartz. “If Aaron were alive he’d be on the front lines, fighting back against these practices that undermine our ability to engage with each other as genuinely free human beings.”