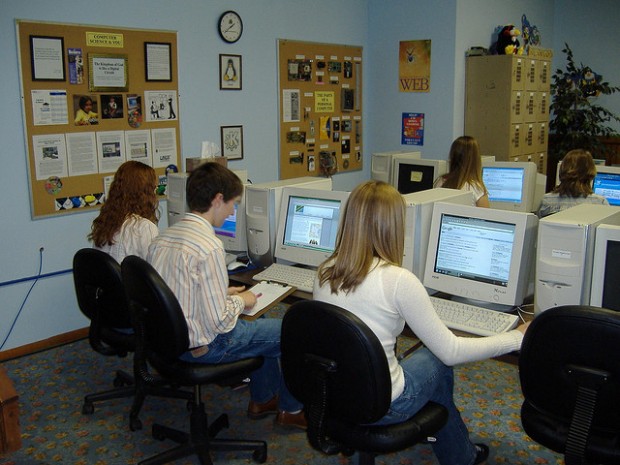 A bigger push to get schools to teach computer science is being made by both for-profit and non-profit groups.

Despite the projection that over the next ten years there will be 1 million more jobs in the tech industry, only around 10 percent of schools offer a computer science basics course, and according to many of these groups, that is a problem.

“As soon as you can start learning [coding] you should, because the earlier you start learning something, the better you’ll be at it later in life,” Grechen Huebner, who is the co-founder of Kodable, an iOS app designed to help teach children the basics of coding, said.

Given the nature of the tech industry and the fact that tech is becoming more and more a part of our daily lives, it is surprising that more isn’t being taught about it to children.

“Ninety percent of schools just don’t even teach it. So if you’re a parent and your school doesn’t even offer this class, your kids aren’t going to have the preparation they need for 21st century,” Hadi Partovi, who is the co-founder of the nonprofit group Code.org, said. “Just like we teach how electricity works and biology basics they should also know how the Internet works and how apps work. Schools need to add this to the curriculum.”

Part of the problem lies in the fact that many schools just don’t have the resources to offer these kinds of courses. Generally the computers they have are outdated and outfitting all the schools in the nation with up-to-date ones is definitely a very costly venture.

Still Partovi believes that steps need to be taken to make sure that children are being taught at least the basics of computers and coding.

“Our future lawyers and doctors and politicians and businessmen — the folks in the other jobs — need to have a little bit of a background about how the world around them works,” Partovi said. “It’s all around us, and every industry gets impacted by it.”