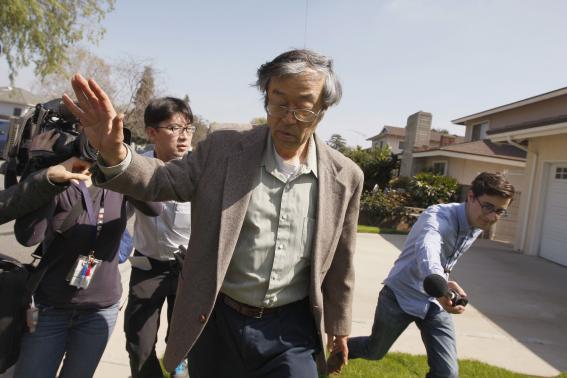 The father of Bitcoin has long been anonymous, but it seems that he may have been outed by an article published in Newsweek this past Thursday.

Who is the father of Bitcoin? According to Newsweek, the man’s name is Satoshi Nakamoto, he is a resident of Temple City, California. However, when a number of reporters swarmed his home, he denied being involved with the digital currency. He also asked whether or not there were any Japanese reporters who would buy him lunch.

“I’m not involved in Bitcoin,” Nakamoto had said outside his home to the various reporters. “Wait a minute, I want my free lunch first. I’m going with this guy,” indicating towards a reporter from AP. “I’m not in Bitcoin, I don’t know anything about it.”

Newsweek bases its claim largely on a short interview with Nakamoto quoted in the Newsweek article in which Nakamoto claims to have given Bitcoin over to the people, and that same article came to the conclusion that he was the Nakamoto who had created Bitcoin.

“I’m saying I’m no longer in engineering. That’s it,” he said to AP. “And even if I was, when we get hired, you have to sign this document, contract saying you will not reveal anything we divulge during and after employment. So that’s what I implied.”

“It sounded like I was involved before with Bitcoin and looked like I’m not involved now,” he continued, “that’s not what I meant. I want to clarify that.”