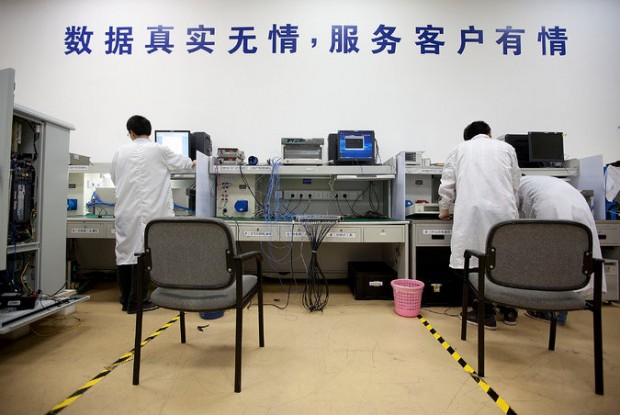 The U.S. government has never been quiet about their suspicions concerning the Chinese company Huawei, believing them to be a security risk, but it seems that the National Security Agency (NSA) has also been spying on the company for years as well.

Thanks to more documents from Edward Snowden, we know that the NSA has built backdoors into Huawei’s servers, which the company has said connects a third of world’s population. The NSA has also been monitoring the communication of its executives, in an attempt to see if they have any connection to officials in the People’s Republic of China.

“Many of our targets communicate over Huawei-produced products,” it says in the NSA document that was leaked. “We want to make sure that we know how to exploit these products to gain access to networks of interest”

“The irony is that exactly what they are doing to us is what they have always charged that the Chinese are doing through us,” said a Huawei US senior exec to the New York Times.

[via The Verge, The New York Times]