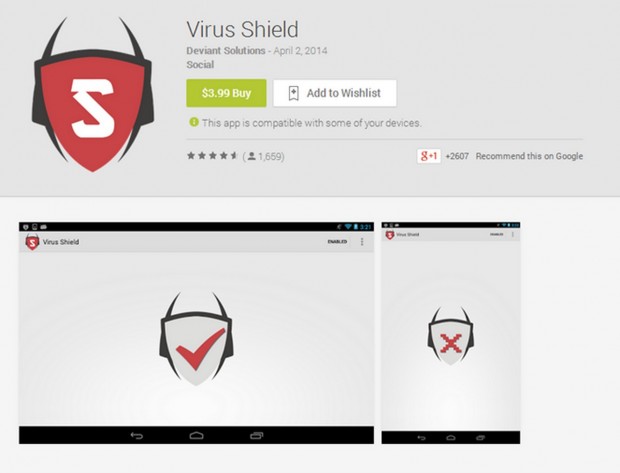 Google has taken down a security app from its Play Store after it was revealed to be a complete scam. Unfortunately, Virus Shield had already done its damage. The fraudulent app was charging people $3.99 to seemingly protect people from malware, and due to what are likely fake initial reviews and a snowballing of misinformation, the app rose to the top of the new paid apps chart. It was downloaded over 10,000 times and received an average rating of 4.7 on Google Play before it was taken down.

Android Police took a lot the app and confirmed that the app most definitely does not protect your device from viruses. The app tells you that it will display an X mark initially, but after tapping it, it will change to a checkmark to indicate that your phone is safe. The problem is, according to the code, that’s literally all the app does: It just displays a checkmark and does nothing to check for viruses or the like.

While Google has already taken down the app, thousands of users have already given the app and its malicious developer their money. Unfortunately, A little bit of digging by Android Police didn’t uncover any useful details regarding the developer’s identity and Google is mum on if people will get their money back, so you may be out of $3.99 if you purchased the app.

This incident shows, and I’m sure many others would agree, that Google needs to start putting things into place to prevent things like this from happening again.

[Thanks Frank, via Android Police, BGR]