{rw_score}
{for=”Features as Described” value=”10″}All the features are there. In fact East-Tec Backup has a lot more features than the developer describes.
{/for}
{for=”Ease of Use” value=”9″}Very simple and straightforward. However. You need to run through it a couple of times to get the hang of it – there are so many options.
{/for}
{for=”Performance” value=”8″}The actual backing up and restoring works just fine. However East-Tec Backup is fairly heavy on resources in my opinion.
{/for}
{for=”Usefulness” value=”10″}With the ability to backup files, folders, registry and with the support of “plugins” this program is very useful.
{/for}
{for=”Arbitrary Equalizer” value=”8″}This category reflects an arbitrary number that does not specifically stand for anything. Rather this number is used to reflect my overall rating/verdict of the program in which I considered all the features and free alternatives.
{/for}
{/rw_score} –>

Registration and installation went fine. Registration is a bit of a hassle however. Open readme.txt – there should be a URL in there: Copy and paste the URL in your browser. At the page that loads, you will be asked to enter in your name and email – do so: Be sure to enter a valid email because you will be sent an important email. After you hit “Submit” check your email. There will be an email from “EAST Technologies Support” support@east-tec.com. In the email there will be a link: Click on the link or copy and paste it in your browser. At the page that loads you should see your registration name, registration key and directions on how to register East-Tec Backup 2009: Follow the directions and you will be good to go.

East-Tec Backup 2009 is a professional backup program that allows you to easily backup files, folders and the registry. It includes “plugins” to help you backup data related to specific programs, such as emails from desktop email clients (i.e. Outlook) and has many other features such as a scheduler, sync, backup compression, backup encryption, etc. Hmm… interesting. This interface looks very much like my favorite backup program: 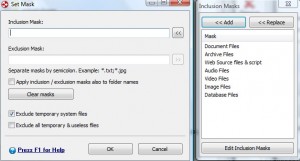 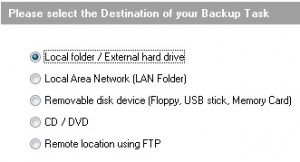 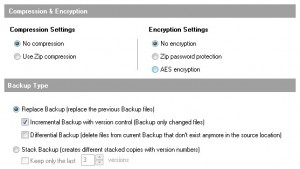 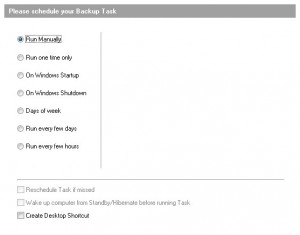 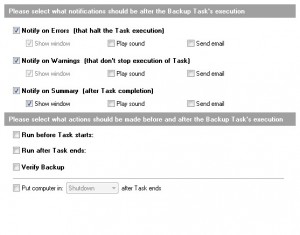 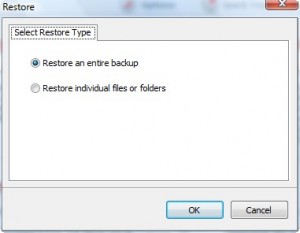 As I said in my post about GFI Backup, the about is a pretty impressive list of features. However East-Tec Backup does have its drawbacks.

The main drawback with East-Tec Backup is it is very heavy on computer resource usage. For me, just sitting idle it uses ~45 MB of RAM. As I create a new “backup job” the RAM usage rises at each step, eventually using ~80 MB of RAM when I finish creating my “backup job”. CPU usage also spikes from 0-35% but it usually stays in the single digits. While running the backup, CPU usage stays about the same but RAM usage jumps to ~100 MB. That is a fair bit of computer resource usage if I do say so myself. The odd thing is, I tested out GFI Backup the same way as East-Tec Backup, and yes while idle GFI does use the same amount of resources as East-Tec, but after the idle stage (i.e. when using GFI like for example to create a new “backup job”), RAM usage does not rise significantly (it stays under ~50 MB) like it does with East-Tec nor does CPU usage spike as much. Why this is, I don’t know. All I know is that it is.

One feature I would like to see added to GFI/East-Tec Backup is the ability to backup web based email such as Hotmail, Gmail, etc. I know this is a stretch and a lot to ask for but it would be nice.

Overall I give East-Tec Backup a thumbs up. It is a great backup program that performs well. The only major drawback is that it is fairly heavy on computer resources but if your computer can handle it, this program is excellent.