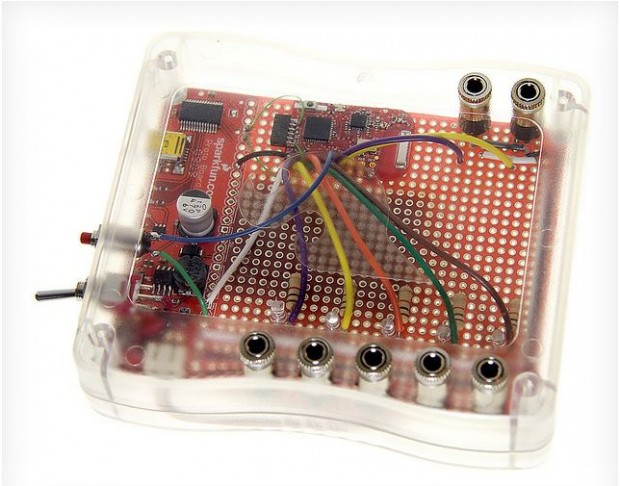 There may be a new way to transmit data rather than the traditional radio-based wireless Internet. For years groups have been working on a way to communicate by using visual light communication. And now a group of UK-based researchers have made a breakthrough in this field.

In recent tests the group were able to obtain data transfer speeds of 10 gigabits by using LEDs, a method of transmission dubbed ‘LiFi’. These red, green, and blue LEDs blink on and off, communicating in binary code. The colors were chosen because they make up white light and are used simultaneously. Their recent results makes the LED communication ten times faster than fiber connection.

This news comes on the heels of claims out of China of having successfully reached 150 Mpbs with LiFi.

LED communication has its limitations. For starters, unlike radio communication, you can’t transmit through walls. Anything that gets in between the LED transmitter and the receiver will cause an interruption in the data flow. If you have one of these set up in your home, keep the kids and pets out of the way or you will go from great speed to, no connectivity at all.

Despite the obvious setbacks, there are some good things to the visual light communication. For starters it can be operated at a lower cost than traditional radio wave communication. Also because of its limitations it makes the signal harder to hack and at the moment more secure. It is obviously not ready for the market but it could give us the transmission speed we want in the future.