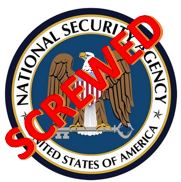 The NSA has not been having a good week. First the leaks, then the protests, now they have lost some of their best support in Congress and the Senate. What more could go wrong? Let’s focus a bit more on that latter point.

From the looks of it the agency’s two biggest supporters are now saying, enough. Senator Dianne Feinstein and Representative Jim Sensenbrenner are singing the opposite tune then what they had been saying in the past. Feinstein was one of the most outspoken proponents of the NSA’s activities until now. With the leak about how the NSA spied on top foreign officials without the senate’s knowledge, she has decided they’ve gone too far.

In a statement she said, “With respect to NSA collection of intelligence on leaders of US allies, including France, Spain, Mexico, and Germany, let me state unequivocally: I am opposed.”

Representative Jim Sensenbrenner was the author of the Patriot Act, which is where the NSA obtained most of its legal coverage to perform such surveillance. He has now co-authored a bill that will end the NSA’s power to collect internet and phone information in bulk in order to go through it later for incriminating content. His new bill also requires the NSA to be more transparent with how many people are affected by collection of this type of data. It will also allow companies that have been tapped for information on users to openly announce the NSA’s request.

In response to this turn of fortune, an NSA official told The Cable: “We’re really screwed now. You know things are bad when the few friends you’ve got disappear without a trace in the dead of night and leave no forwarding address.” I am now going to take a moment and forget professionalism to say: HAHAHAHAHAHAHAHAHAHAHAHAHA!