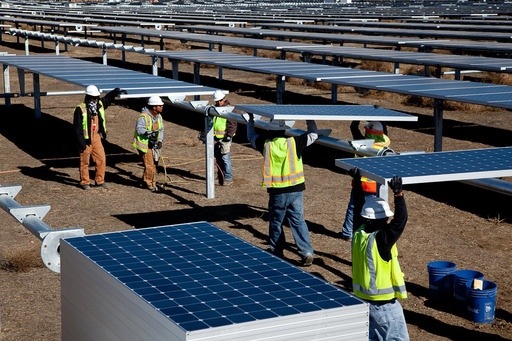 As part of an initiative to move towards energy that is renewable and clean, a new solar power plant has been completed in central California.

The project was started back in 2011 and built by SunPower in San Luis Obispo County, the California Valley Solar Ranch will bring more electricity to those with Pacific Gas and Electric.

This is part of a necessary switch to energy that is renewable and also less harmful to the world, and since fossil fuels are not a clean source and are also more finite, and there is a lot of controversy that surrounds methods such as fracking, this is a good step in the right direction.

That’s not to say that solar energy is perfect, since it does take a significant amount of space, as the new plant, which takes up 4700 acres, is proof of. That space coukd be inhabited by nature, but there will always be a price to pay, especially since the level our world is dependent upon electricity is very high.