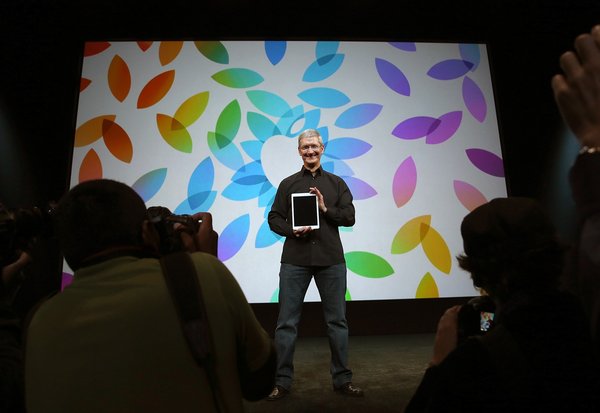 Tim Cook, Apple’s Chief Executive Office, wrote in the Wall Street Journal about how he was in favor of the US government passing an anti-discrimination bill that would target discrimination that takes place in the work place, notably discrimination against gay people.

“As we see it, embracing people’s individuality is a matter of basic human dignity and civil rights,” Cook wrote in the piece. “It also turns out to be great for the creativity that drives our business. We’ve found that when people feel valued for who they are, they have the comfort and confidence to do the best work of their lives.”

Apple has had a strong history of supporting their worker’s individual rights (read: Apple employees rights, not the rights of employees of Apple contractors like Foxconn), and Cook feels that the Employment Non-Discrimination Act should definitely be passed. The bill would prohibit any sort of discrimination that occurs in the workplace based on a person’s gender, their gender identity or sexual orientation.

“If our co-workers cannot be themselves in the workplace, they cannot be their best selves,” Cook also wrote.

Now the only question remains: how about the treatment of non-Apple employees; you know, the ones that build the shiny gadgets we like to use and are employed by Apple contractors instead of Apple itself? Unfortunately, discrimination against homosexuals is probably the least of their worries.