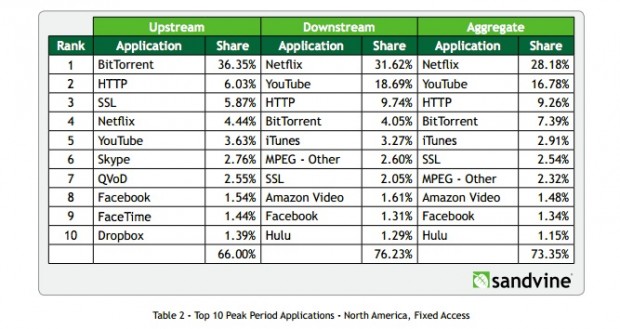 It probably isn’t that much of a shock to find out that when it comes to online video, both Netflix and Youtube are at the top of the game. While Amazon has tried to compete with its service, and Hulu has made a decent attempt to try and catch up by using a similar business model to the one Netflix uses, they still come up short against the two internet giants.

The Global Internet Phenomena Report, which is done by Sandvine, found that in September, over half of the downstream internet traffic in North America was taken by Netflix and Youtube, while Amazon and Hulu only take up a combined 3%. (Downstream traffic is what you can consider to be normal regular internet usage, whenever you visit a website, stream and online video, etc.)

Netflix wins first place with 31.62%, with Youtube taking second with 18.69%, while Hulu and Amazon are both in the 1% range. To be fair to Youtube, Netflix deals in both shows and movies, ranging in from half an hour to 2 generally, which draws people in to use the service as opposed to typically short videos of Youtube. Still, 18.69% is nothing to laugh at.

In Europe and Latin America, Youtube dominates but Netflix’s share was significantly lower as the service hasn’t made to to many countries in the region and in the countries it is available, it isn’t as widely adopted as in the US. 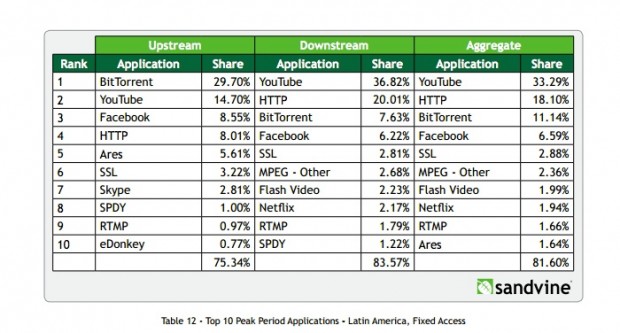 If this trend continues, and both Netflix and Youtube show no signs of slowing down, one has to wonder how much longer Amazon and Hulu can continue to provide their services in the US… but they do have plenty of opportunities elsewhere, if they decide to exploit them.