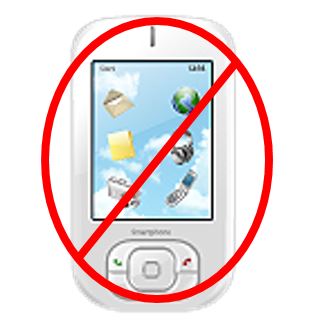 The al-Qaeda-linked al-Shabaab group has banned the use of all smartphones in Barawe, Buula-burte, and Elbur areas of war-ravaged Somalia. Residents in these areas have been warned that if they are found with a smartphone they will be punished. People living in the area, who asked to remain anonymous for security reasons, declined to explain what punishments offenders would face should they be caught with the contraband phones.

al-Shabaab, the military regime that controls the affected regions, did give residents a reason for the ban. Officially, al-Shahaab is saying they are aware that many people watch videos and films using these phones, something disliked by al-Shabaab top brass. “We cannot allow people using such phones for illicit motives,” one announcement read.

Others, however, have a more sinister explanation; they say al-Shabaab is worried that people record video and pictures which can easily be sent via text message or email. The militants worry that these phones could be used to spy on militant activities.

Not only are smartphones now illegal in the region but also watching satellite TV is banned. Militants do not want residents seeing programs “showing Al-Shabaab deserters testifying to the reasons for abandoning the movement.”

For now, residents can have cell phones as long as the phones are an older model phone without the capability to access the internet, send or receive email, and cannot take video or pictures.

I have to wonder, what is the point of this ban. I mean, really, how many people in Somalia own smartphones and how many can afford to own smartphones? Somalia is an impoverished nation and many there don’t eat three times a day, much less have the luxury of owning electronic gadgets. Sounds like a lot of brouhaha over something that isn’t there. But, hey, what do I know — I don’t live in Somalia.

[via BBC, via Daily Nation]