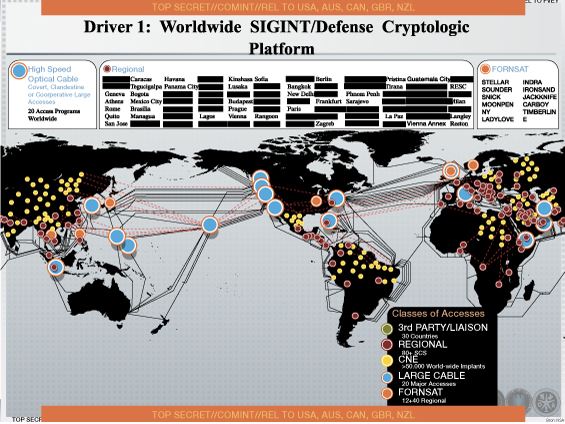 According to the Dutch media outlet NRC, courtesy of National Security Agency (NSA) whistleblower Edward Snowden, it was revealed that the NSA didn’t stop at reading your mail or listening to phone calls. The latest information says that the NSA also planted Malware on approximately 50,000 servers in order to gain access to sensitive information. The initiative called the Computer Network Exploitation, or CNE for short, spans five continents worldwide.

The NRC stated, “The NSA declined to comment and referred to the US Government. A government spokesperson states that any disclosure of classified material is harmful to our national security.”

The NSA hasn’t been overly secretive about using CNE, they even describe the strategy on their webpage for applicants. Their description includes “enabling actions and intelligence collection via computer networks that exploit data gathered from target or enemy information systems or networks.”

Using CNE is nothing new for the NSA. However, their figures on how many servers they have exploited has grown significantly. In 2008, the NSA reportedly used CNE on around 20,000 computers. By 2012 the figure had grown to 50,000. Today it could be more.

[via Ars Technica, via NRC]