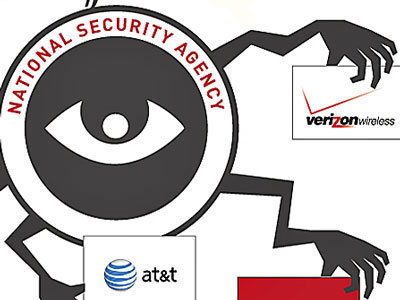 This past Friday, the National Security Agency (NSA) released a statement that defended their mass collection of cellphone data. They claim their database, which has information on hundreds of millions of cellphone users, is completely legal. According to the NSA, their legal ability to collect such massive amounts of data comes not from a secret court but from a US presidential order.

In a statement from Vanee Vines, a NSA spokeswoman, we are told the collection of cellphone location data is carried out under Executive Order 12333. This White House order, which was passed by President Ronald Reagan in 1981, governs all US espionage. The same statement claims that the NSA limits the amount of US cellphone location data it collects, focusing mainly on foreign information.

Because the order came from the White House and not a court hearing, the NSA’s cellphone location tracking is (should be) overseen by congressional committees and inspector generals, not the courts. This, of course, somewhat contradicts President Obama’s statements earlier this year that the NSA’s activity is regulated by all three branches of government. (Politicians lying — is anyone surprised?)

The NSA refused to comment on exactly how many cellphones they are tracking. “It is not ubiquitous. NSA does not know and cannot track the location of every cell phone.” said Vines.

While collecting of a US citizen’s cellphone location data may seem illegal, NSA feels it is not covered by the Fourth Amendment, which protects citizens against illegal searches and seizures because the collection activity is centered oversees. We are sure there are some people and groups out there that vehemently disagree with this sentiment.

In the statement, the NSA claims that once analysts realize that the data they have is on a US citizen, the data is supposed to be segregated from the rest of the data. Access is limited to only those that must access it.

Some citizens are not convinced of the NSA’s innocence in its data collection. American Civil Liberties Union staff  attorney, Catherine Crump, released a statement saying,

“The NSA claims its collection is incidental, but there is no question it’s deliberately engaging in the mass collection of cell phone location data that it knows will inevitably sweep up information on a huge number of innocent Americans.”