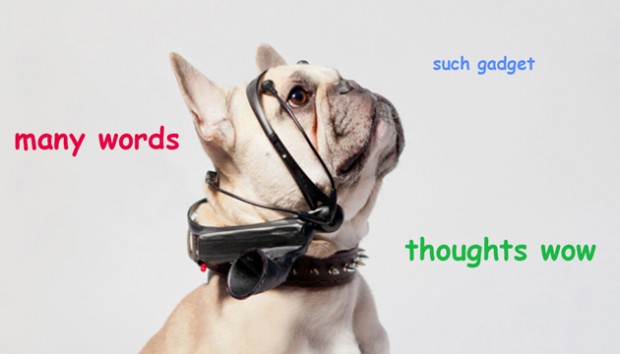 What if you could understand what your dog is actually saying in human language? Yes, that’s pretty stupid but it isn’t stopping a group of Scandinavian researchers from attempting to pull it off. The gadget that allows this dog-to-human translation is called “No More Woof” and the creators are begging for your investment.

The device is connected to a small Rasberry Pi computer along with a loudspeaker. Apparently, it allows “ionic current flows” into a dog’s brain that in turn performs the translation into human speech. The current model cost around $65, however; it only does basic things. For example, it can only distinguish between three different thoughts such as tiredness and curiosity. There is a more advanced model though, but it will cost you a lot more than the basic version of No More Woof.

Now, the biggest problem with No More Woof is that it’s up for crowdfunding. Anything with this kind of aim should be seen as a scam. Furthermore, be warned that all investments toward No More Woof will be kept even if things doesn’t work out as planned.

“Yes, we HAVE achieved some results, but we are very far from a mass-producable product. That said, we believe that within a few years the technologies we are working with will revolutionize our relation to pets and animals.”

We’re all for crowdfunding great ideas, but this is dumb. If you are truly interested in hearing what your dog is thinking, then by all means go ahead and be fooled by these scammers. But if you’re like us, flip your hair back and forth and move on.