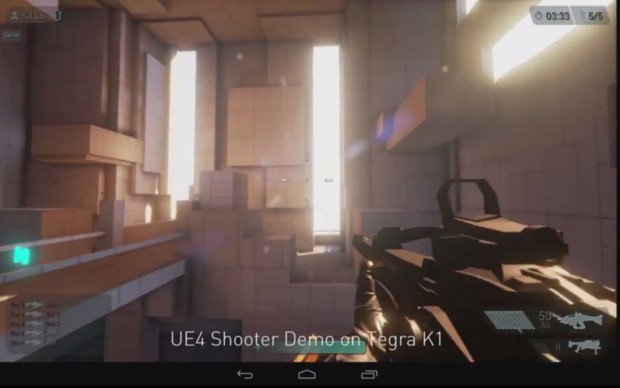 At the company’s press conference at CES today, NVIDIA unveiled the successor to its Tegra 4 mobile processor. The new chip is the Tegra K1, which features 192-cores (CUDA graphics cores), as opposed to the Tegra 4’s 72. The chip is designed to be used not only for smartphones and tablets, but also for consoles, 4K TVs and even cars.

The Tegra K1 will come in two variants, the first of which is a 32-bit quad-core ARM Cortex A15 processor. The second one is a little more interesting in that it is a custom 64-bit dual-core “Denver” ARM CPU, which is the first ever CPU NVIDIA has developed. You’ll begin to see devices with the first variant during the first half of 2014, and the second variant during the second half of the year.