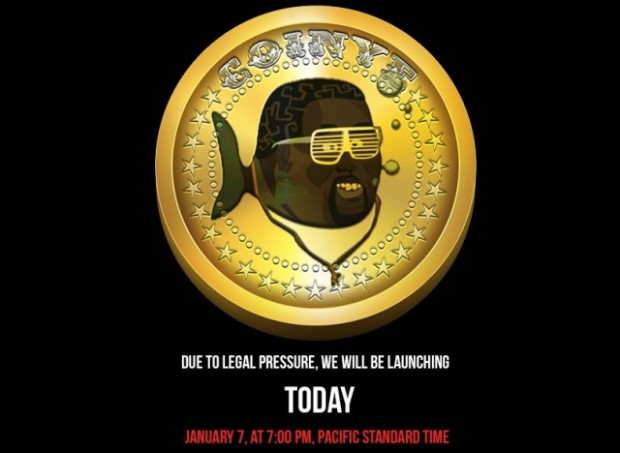 The developers behind Coinye have responded to the cease and desist letter sent by Kanye West’s lawyers by changing the image of their coin to a half-man, half-fish.

The new cryptocurrency started as a joke between the friends who designed it, but it seems Kanye West didn’t find it that funny. Last week he had the developers served with a cease and desist, claiming that the coin made use of his “public image.” The developers changed the image, though it may not be one West likes any better, and have also issued their own letter.

“As you can tell from our new community-submitted, updated materials, we make no visual or verbal reference to Kanye West but to a half-man-half-fish hybrid who is wearing sunglasses, again, totally separate from any resemblance to your client,” the letter reads.

Further down in the letter they also issue their own cease and desist terms:

“1. Cease and desist from any and all use of the mark ‘Coinye’ and other related words or phrases containing ‘Coinye’. Should you wish to challenge this request, We require with immediate affect that you supply us with any Intellectual Property proof you may own, including but not limited to, promotional material, video, audio, PR material containing the use of the name or terminology ‘Coinye’ in any capacity.

2.No further communication through our private email addresses shall be made in an empty [sic] to strong-arm myself and/or any other individual who operates a website or service containing references to ‘Coinye’ in an attempt to halt efforts on this open source project.”

Brad Rose, one of West’s lawyers and also the one who wrote the first cease and desist letter has not made any comments yet. In any case the developers behind Coinye have already released it, having pushed the launch date up to January 7th. So unless Kayne West and his band of lawyers want to track down every Coinye user, there isn’t much they can do stop the currency now due to its decentralized structure.

[via The Verge, Arstechnica]