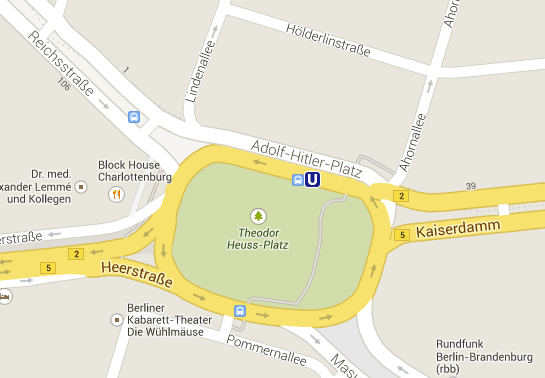 Google has just apologized over a mistake found in Google Mapsof Berlin and it concerns the country’s former dictator Adolf Hitler.

Up until recently, when viewing Berlin in Google Maps, instead of seeing the street name Theodor-Heuss-Platz, it instead showed the name Adolf-Hitler-Platz, which was the name used for the street during the Third Reich era. The mistake was first noticed by Nico Hagenburger and then reported by B.Z., which is a German newspaper.

Google has since fixed the error and apologized. “We were made aware of a wrong and inappropriate Berlin street name on Google Maps and have corrected this as quickly as possible,” Google said to NBC News. “We apologize for this error.”

Understandably, however, it has brought a fair amount of anger in their direction. “How could this happen?” asks Bild, a high selling daily newspaper in Germany. Good question, indeed.