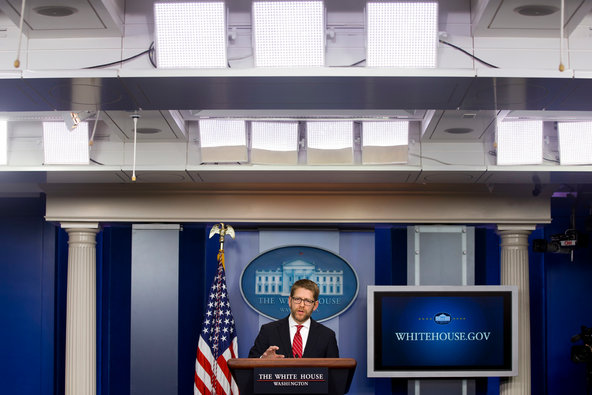 Another meeting was held between the White House and members of the tech industry on Friday.

Microsoft, Twitter, Yahoo and Google were represented at a meeting to discuss details on changes that are going to be made, hopefully, in the way surveillance is carried out in the United States. Tech companies have been pretty vocal about the NSA using their services to spy on their users and it seems that they have formed a bit of truce lately with the White House to see if any changes can be made.

“This is another opportunity to share views as the administration nears completion of our internal review of signals intelligence,” ” said White House press secretary Jay Carney. Signals intelligence is a tech term used for electronic spying, according to the New York Times.

The major tech companies first met with President Obama roughly a month ago and since then President Obama has been reportedly working on a proposal that will make changes to the way surveillance is done in America.  Whether this proposal will just be a lot of small changes and smoke and mirrors is yet to be seen.

[via VentureBeat, The New York Times]