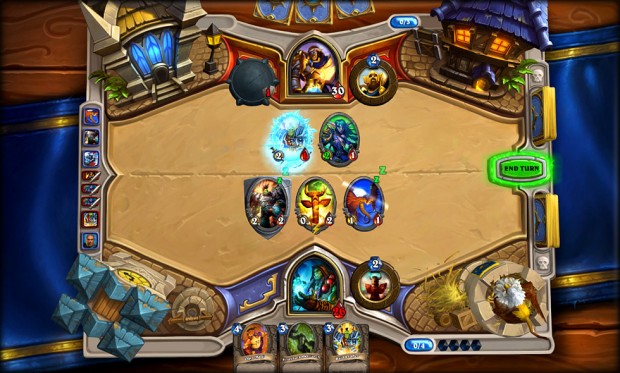 Since being announced earlier last year, Blizzard’s Hearthstone card game has been in closed beta ever since. Today the developer announced that the game is now in open beta, and any interested players in the US can take part in the action.

If you haven’t heard of Hearthstone yet, it’s similar to card games like Magic: The Gathering. The difference is that it’s digital-only, easy to get into and features Warcraft characters and creatures. For a behind the scenes look at the game, check out the video below. To try Hearthstone yourself, you can sign up here.