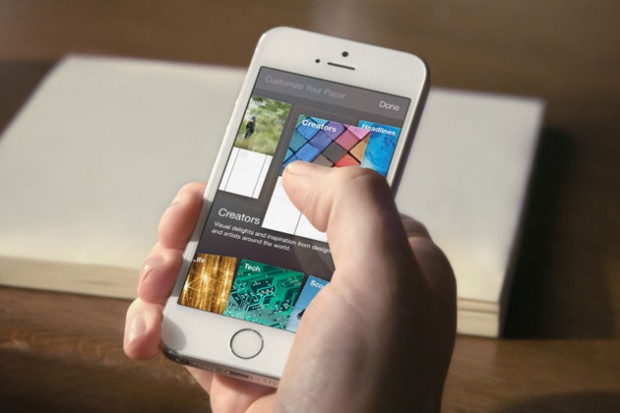 The rumors were true; Facebook is indeed aiming to unseat Flipboard with a new news reader application. Today, Facebook announced its latest standalone iPhone app called Paper, and despite what earlier rumors might have you believe, it is more than just another news reader app.

Apparently, Paper may act as a replacement of the official Facebook app, though it does not completely bring over all the features, so you might find yourself jumping from one to the other when Paper launches on February 3.

Basically, what Paper does is take the standard Facebook news feed and recreate something extremely immersive. Furthermore, it provides a new way of posting and sharing your favorite madness to Facebook. In addition, you may come to realize that Paper is very similar to Flipboard in its design, though, in my eyes, I’d have to give Paper the upper hand here.

I’m no big Facebook user, but man this new app would get me back onboard in a jiffy. It’s been a long time since Facebook releases a standalone app that draws attention, and one that actually seems to have a decent design language behind it. Paper may not have all the Facebook features you’ve come to love, but it does comes off as something one would rather use than the Facebook app.