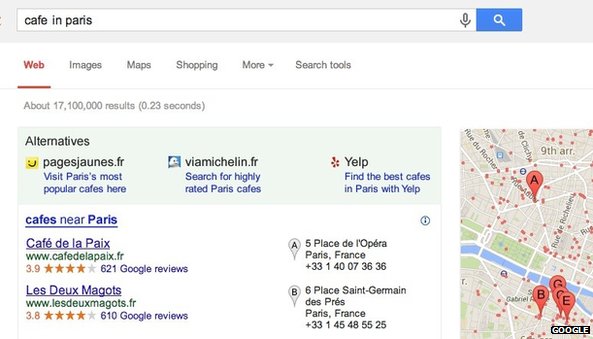 Google has reached a tentative agreement with the European Commission regarding the way it displays search results. This could and will most likely put an end to a three-year antitrust investigation on Google. If the company did not settle with the EU, it could potentially have to pay a fine of up to $5 billion.

The investigation began when concerns rose that Google was promoting its own services in search results, and burying competing ones. The tentative agreement will have Google displaying up to three rival services prominently next to theirs when users perform a search. European Competition Commissioner Joaquin Almunia said that the changes provide “users with real choice between competing services presented in a comparable way; it is then up to them to choose the best alternative”.

The changes will of course only affect European users, and it will be monitored over the next five years by an independent body.