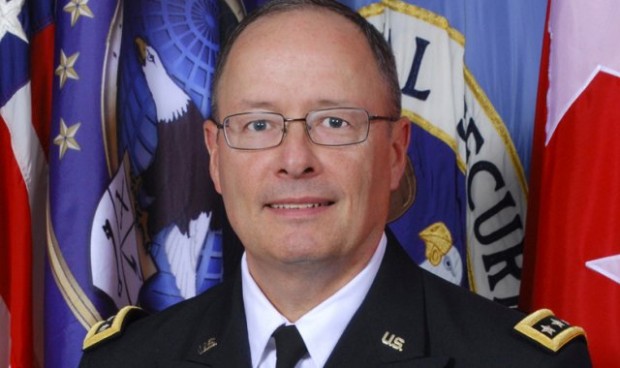 Gen. Keith Alexander, who is soon leaving his position as the head of the NSA, said to a Senate committee that he was open to the idea of “narrowing the focus” when it comes to gathering metadata.

Alexander talked about this briefly in response to a question about telephone metadata collection by Sen. Carl Levin (D-MI), who is the chairman of the Senate Armed Services Committee.

The phone metadata collection program has been one of great debate since it was revealed by Edward Snowden.

“Chairman, I think there are three options that you put on the table,” Alexander said. “You mentioned the government holding it, the ISPs holding it. I think there is yet another option where we look at what data you actually need and only get that data. Can we come up with a capability that just gets those that are predicated on a terrorist communication?”

“I think you have those three options that I’ve put on the table,” he added. “Those are three of the ones that I think need to be clearly discussed and the merits from both sides, they have pros and cons on the agility that you would have with the program.”

It is more than likely though that this “change of heart” has more to do with public opinion and the scrutiny the NSA has received since their activities were brought to light. In the intelligence committee, Alexander is known for pushing and supporting the tactics that they have used so far.

In relation to terrorist attacks in Iraq, Alexanders approach was to collect mass amounts of data as well, according to an anonymous source with The Washington Post.

“Rather than look for a single needle in the haystack, [Alexander’s] approach was, ‘Let’s collect the whole haystack,’?” the source said. “Collect it all, tag it, store it. .?.?. And whatever it is you want, you go searching for it.”

Alex Abdo, who is with the American Civil Liberties Union and is a lawyer, believes that this is marks a good shift when it comes to data collection.

“I don’t know whether it is the first time [such a reining in has been suggested], but it is certainly a good sign that the NSA is openly considering ending its bulk collection of sensitive information about millions of innocent Americans,” Abdo wrote to Ars Technica. “It should do more than just consider ending bulk collection, though. It should simply end it.”