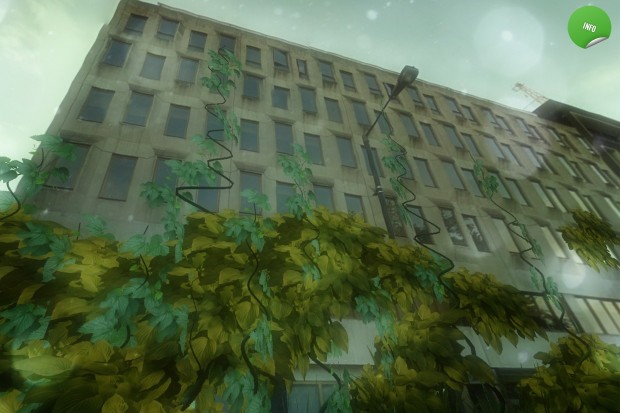 If you’ve ever wondered what your street or your city looked like years after a post-apocalyptic event, then look no further than the Google Street View Urban Jungle hack.

Rather than going with a wasteland vibe, something you’d see in Fallout, Einar Öberg, the creator of this web app, chose to go with a more Last of Us style look.

The hack exploits the fact the undocumented depth data of Google Maps, Öberg created his own normal and depth map, which allows trees and vines and vegetation to grow where it probably would naturally.

“Try out Street View on Google Maps today,” Öberg said to Wired, “notice how the marker is changing when you mouse over the road and the buildings. That is kind of the same method as in this experiment, but in a different way. I do some tests like analysing the data as depth and normal textures.”

“One example is that I find where the edge between the ground plane and the first wall is to make the distribution more logical,” he added. “Or detecting the sky in the texture and prevent any distribution of plants there.”