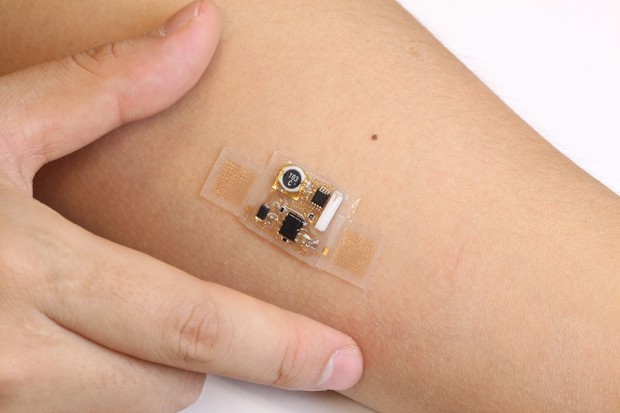 It’s not difficult to realize that wearables are the next big thing. Smart watches, smart glasses and other similar projects are slowly changing the way we do things. However, a team of engineers at the University of Illinois at Urbana-Champaign and Northwestern University, might take things a step further.

These guys have managed to develop a new type of wearable, one that sticks to your skin, like a patch. From what we’ve come to understand, this type of wearable is dubbed as a health patch, and it is designed to be a health monitor among other things.

The persons leading the charge on this device are professor John A. Rogers and professor Yonggang Huang. Before this, Rogers was working on electronics that can be implanted directly onto the human skin in the form of a temporary tattoo. It’s a step ahead of the patch initiative, though he went ahead with the patch because it is more commercially viable, and cheaper to deploy.

Apparently, the patch could allow doctors to gather data from patients. In addition, the patch could also be used as an accurate fitness tracker, and a health monitoring device that can detect what’s wrong with a person long before they begin to feel sick.

We have to admit, it sounds impressive, though having a patch on our skin that does so much is quite intimidating.

[via University of Illinois]