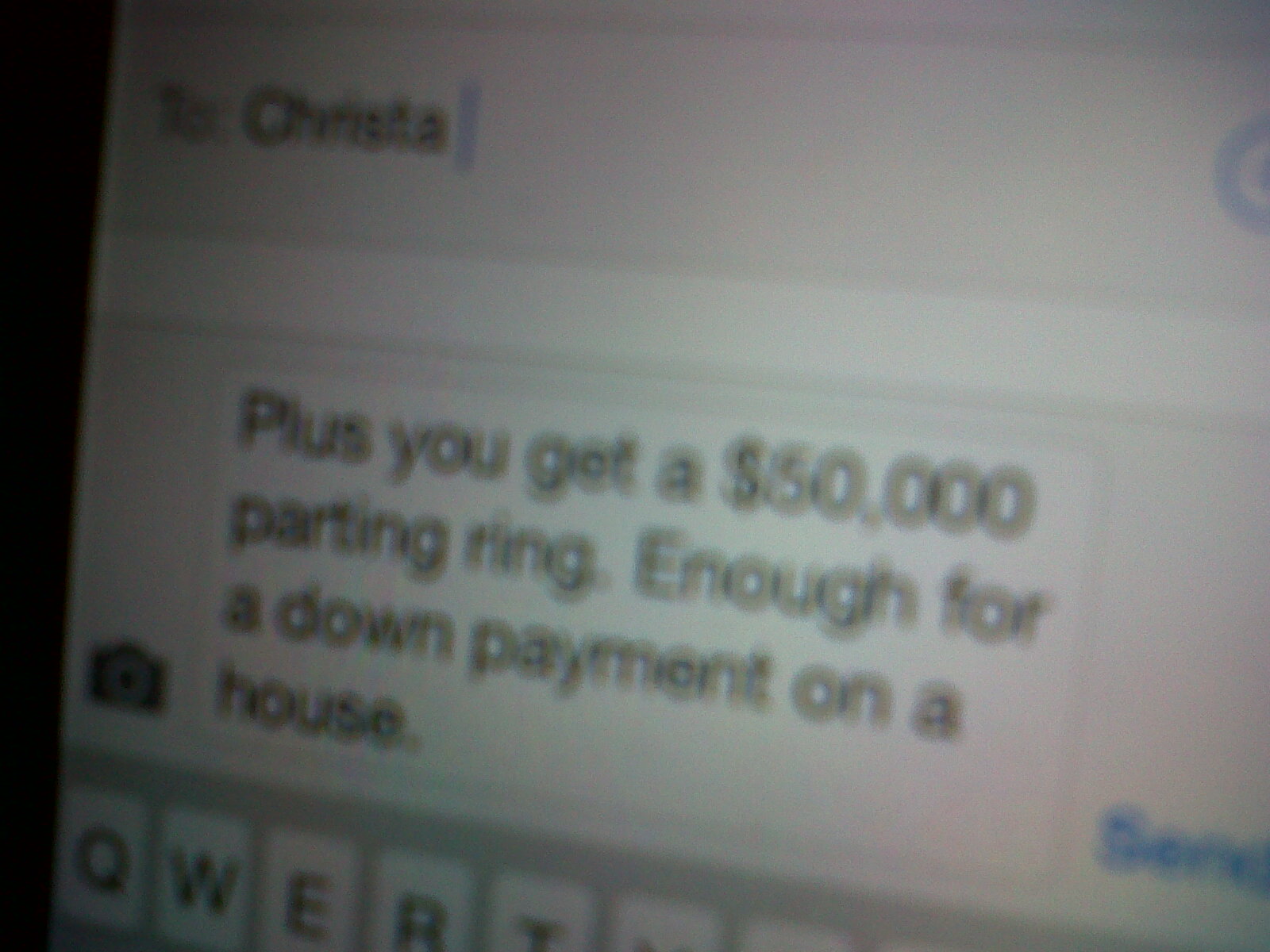 Never ever send a text message when your emotions are on a high. Even if you think you know you’re ready to express how you feel, just don’t. Sleep on it. Don’t be like this guy named Louis J. Billittier Jr. who broke off his engagement over text. He dumped his fiancee by sending this SMS:

As if calling off a wedding isn’t bad enough, talking to your fiancee about money isn’t a good idea. There is time for that and discussing the situation over text might do you harm instead——and cost you a lot of money. Why, Billittier’s text cost him $600 of each of the 90 characters but he used the word “parting ring”. The result? State Supreme Court Justice Russell P. Buscaglia said the woman was entitled to the ring.

What happened was, the ex-girlfriend refused to sign a pre-nuptial agreement. He broke off the engagement through text and asked if fiancée Christa M. Clark to give him the almost 3-carat ring. Of course, Clark refused so she was sued by her ex-fiance. He could have gotten the ring back but he said it was a “parting ring” worth $50,000—enough for a down payment on a house, according to him.

Louis J. Billittier Jr. also said before the court last November in a trial that it was only a joke. The judge ruled that his initial text was enough to give the ring to his former girlfriend even if he asked for it to be returned.

So you know how Billittier must be pissed off with the ruling. One emotional text cost him a lot of money. I wonder what the ex-fiancee would do with the ring or the money should she decide to sell it.