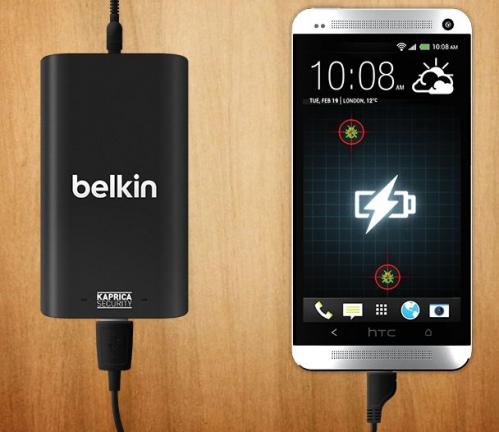 Smartphone growth is incredible and to that the development of variety applications is an add-on. Users are continuously downloading and trying new applications everyday. To this the major concern is mobile security from malware. Yes, it’s quite a time now that many smartphones are getting affected by mobile malware. Even App Store or Google Play certifies the security of each app, researchers of Georgia Institute of Technology have proved that the mobile apps can contain malware, which may not get detected while review process.

The device which is called Skorpion has three major functionality – quick scan, deep scan and scan report. The device will scan your smartphone for malwares or viruses. After the scan, if any malware found a red LED will light up to signal that malware is found and if the signal is green, then your device is totally secure.

Users can see the scan report in the company website. As per reports, Kaprica Security is co-branding the Skorpion with Belkin, which develops consumer electronic devices related to connectivity. Skorpion will reach to the end user by early 2014 and will cost around $65. Users can also pay a monthly subscription fee of $3-4 for some added features.