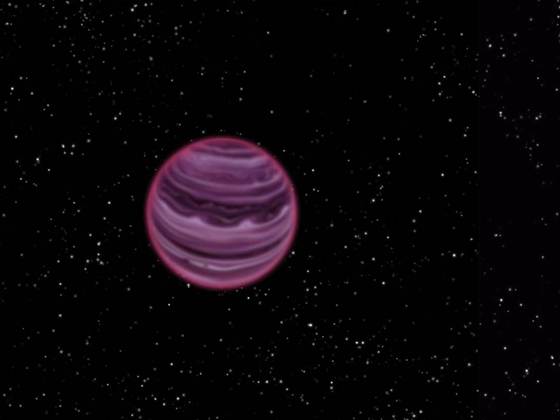 A lonely planet that is estimated to have a mass six times that of Jupiter has been spotted 80 light-years away from Earth. The planet, which is now known as PSO J318.5-22, is estimated to be around 12 million years old. This is considered as quite young in planetary terms; Earth, on the other hand, is 4.5 billion years old. However, that isn’t what makes this planet interesting. Rather, it is interesting because it is the loneliness planet in space.

The rogue planet was discovered due to its faint and unique heat signature, by Dr Michael Liu of the Institute for Astronomy at the University of Hawaii says NBC News. Now, the reason for classifying this planet as lonely is because it doesn’t have a sun of its own. It’s just out there roaming around in the darkness hoping to one day drift towards a solar system it can call home.

Scientists believe PSO J318.5-22 was booted from its orbit to free-float in space. We’re guessing this planet was not close to its parent star, hence why the gravitational pull was not strong enough to keep it in place

“We have never before seen an object free-floating in space that that looks like this,” team leader Michael Liu of the Institute for Astronomy at the University of Hawaii at Manoa said in a news release. “It has all the characteristics of young planets found around other stars, but it is drifting out there all alone. I had often wondered if such solitary objects exist, and now we know they do.”

The PSO J318.5-22 wasn’t easy to spot as the light it emits is very faint. A report from Astrophysical Journal Letters claims the planet is a gas giant. The problem is though, what if this planet drifts into another solar system; would its gravity kick a planet from that solar system out of orbit? It is possible, but only if that other planet is smaller than PSO J318.5-22.

We would love to see a planet that is 6 times larger than the biggest planet in our solar system, Jupiter. It would be a lot better if that planet could support life.