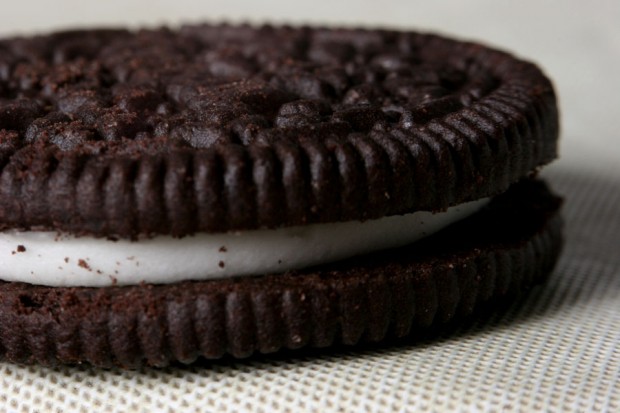 Is it possible that some day there will be clinics open to treat people for having an addiction to Oreos? Will nurses hand out plastic cups that have little second-rate versions of the cookie to tide a person over until they can kick their habit altogether? The idea does seem ridiculous, but a new study that was performed by students at Connecticut College indicates that Oreos are as addictive as hard drugs such as morphine or cocaine.

There’s no need to toss those Oreo cookies just yet though, if you can toss them away anyway, because the subjects of this study were rats, so it is yet unknown if the same effect takes place in humans.

The study, which will be shown at the Society for Neuroscience’s annual conference next month, involved placing an Oreo cookie on one side of a maze and a rice treat on the other. The rats spent most of their time going for the Oreo. The researchers also performed a similar test, but instead of an Oreo cookie they replaced it with morphine and in another test they used cocaine. In both cases the rats preferred the narcotics to the rice cake.

Why did this happen? Probably because Oreos, cocaine, and morphine all activate the nucleus accumbens, which is the part of the brain responsible for pleasure. Now obviously an Oreo isn’t as dangerous as a needle full of morphine, or pipe filled with crack, but it represents the overall addiction to foods that are fatty and sweet and offer no real health benefits. This research seeks to study the similarities of addiction between hard drugs, which are illegal, and junk food, which are not only easily available, but cheap too.

“Even though we associate significant health hazards in taking drugs like cocaine and morphine, high-fat/high-sugar foods may present even more of a danger because of their accessibility and affordability,” said Jamie Honohan.

Now hang on while I grab my fix.