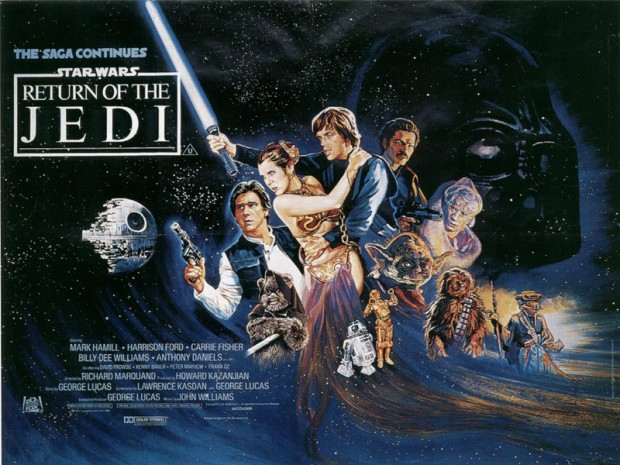 Star Wars is a franchise that has seen a lot of ups and downs, sometimes at the same time and so have it’s fans. But after Disney’s acquisition and the announcement of a new trilogy, as well as the possibility of other stand-alone movies, there does seem to be a new hope on the horizon.

In the meantime a version of Return of the Jedi on LaserDisc has dozens of takes that were not seen before on other versions of the films, and they are being put on Facebook, one by one, so the general public and fans of the franchise-alike can enjoy them.

Though it isn’t Disney who is behind this move, but some fans who have a copy of the disc and want to share the rare footage with everyone. Though how long it will be until Disney brings down the copyright hammer is the question. Despite this, the fact that these scenes are now on the internet means that they will probably remain somewhere on it for good.

The Facebook page the scenes are being shown on is “Return of the Jedi long lost Edit Droid Laserdisc Discovered” and can be viewed here.